By continuing your navigation on https://karuna-shechen.igive.iraiser.eu you agree to the use of cookies and similar technologies to ensure the nominal operation of the website (eg. maintain your connection).

Founded by Matthieu Ricard in 2000, Karuna-Shechen advocates and acts for a more altruistic world.

Witnessing the difficulties of the Tibetan people, Matthieu Ricard and a small group of friends have been organizing humanitarian actions since the eighties. Everything changed in 1997 when Matthieu received a proposal to write a book with his father, the academician Jean-François Revel. The success of their book The Monk and the Philosopher allowed Matthieu to co-found in 2000 with Rabjam Rinpoche the organization Karuna-Shechen; "Karuna" meaning "Compassion" in Sanskrit and "Shechen" referring to the lineage of their monastery. It is the beginning of an amazing adventure which extends from now on in India, Tibet, Nepal and recently in France.

Each year, the association supports more than 446,000 poor and vulnerable people by providing them with access to care,  education and sustainable agriculture to ensure their well-being and autonomy. Vocational training, particularly through support for women's entrepreneurship, as well as awareness of environmental issues, promote the long-term development of communities.

In addition to its humanitarian and development actions in the field, Karuna-Shechen offers today resources and sources of inspiration to marvel, train one's mind, and act concretely with altruistic motivation.
Action for Karuna is part of it. 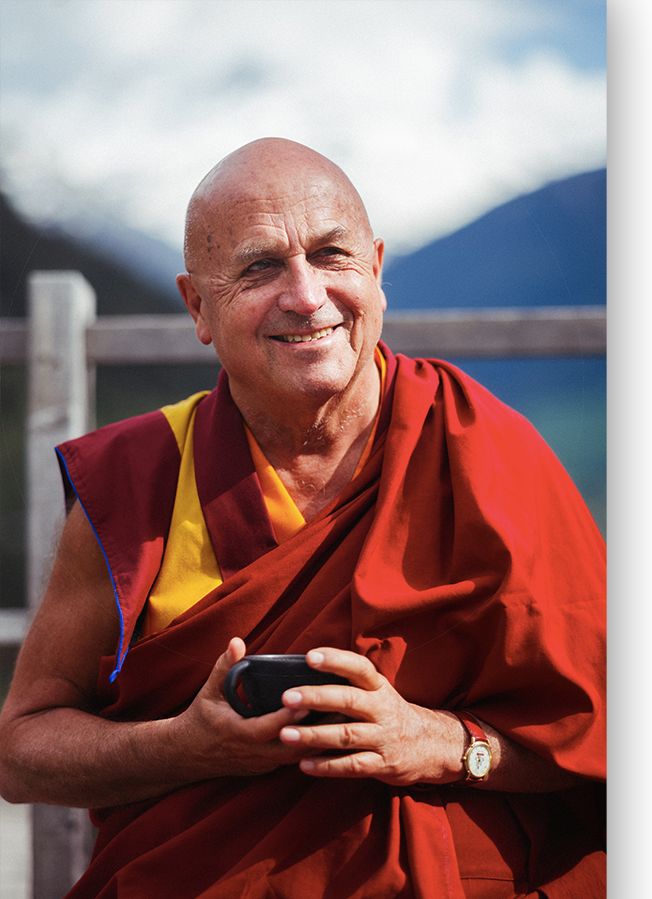 Matthieu Ricard writes numerous essays and publishes books of photographs. Under the aegis of the Mind and Life Neuroscience Research Institute, he has been actively collaborating for the past twelve years on several research programs on the effects of mind training and meditation on the brain. When he is not traveling, Matthieu Ricard resides in Shechen Monastery in Nepal.

All of its copyrights and profits from its activities are donated to Karuna Shechen.

For more information on his life, publications or photographs, you can visit his website at: www.matthieuricard.org